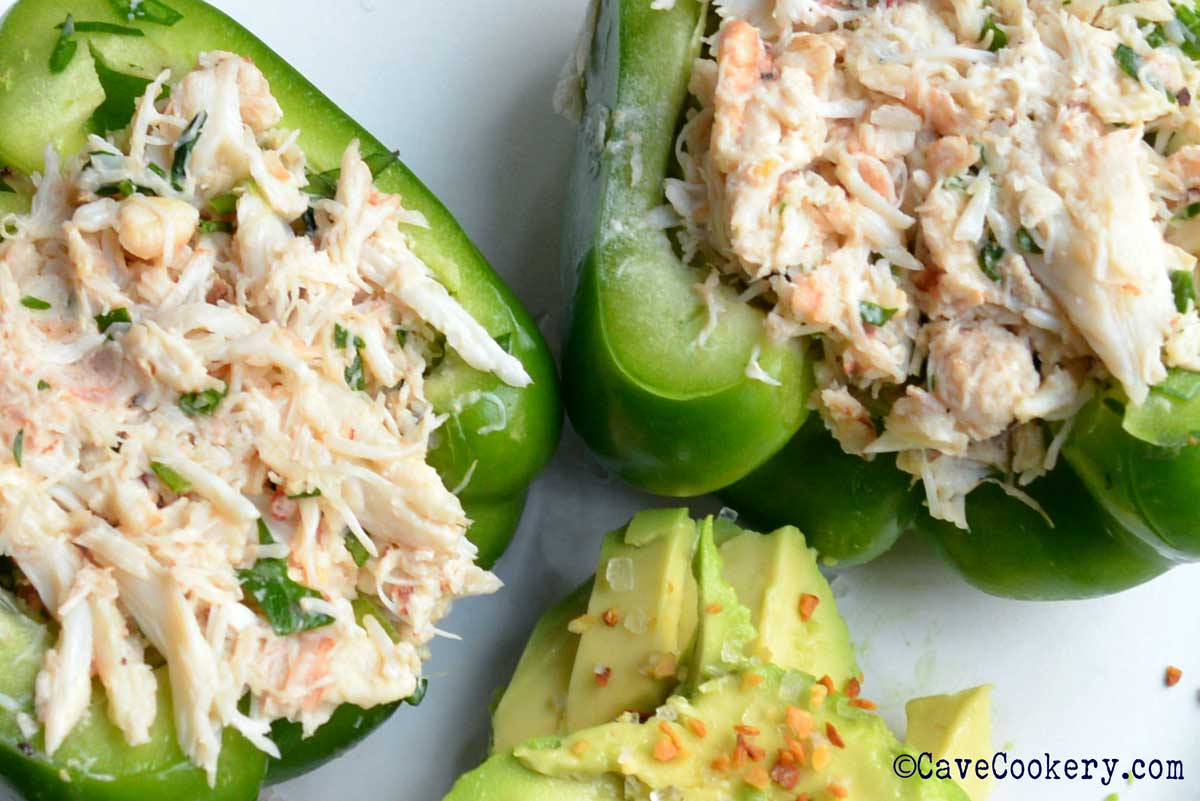 How about we put some real food on here already?!

I know crazy, but here we go.

I loved these, my head taste tester did not.  I’m going to say different strokes for different folks.  Or maybe bell peppers.

For whatever reason, when I went to make these red bell peppers looked like gnarly little half-formed versions of their usual vibrant Rubinesque selves.  So, I made them with green.  There’s nothing wrong with green.  Loads of people love green and green tends to be more budget-friendly anyway, so I made them with green.  I did make two, what could only be described as slider versions, on my little mutant reds but they weren’t pretty enough for the Internet (don’t you wish people could edit themselves that way too, sometimes?  But, then I guess Daniel Tosh wouldn’t have a show).  Moral of the story, if you like red bell peppers use them.  If you like green, get crazy on that too.

Chop, dice, and prep your ingredients.  Make mayo, if you need to.

Open the can of crab, drain if necessary, and put in a medium-sized bowl.

Mix in the scallions, parsley, salt, and pepper. Next, incorporate the mayonnaise and the lemon juice.

Scoop it into the pepper halves.  Add toppings if desired.

Options:  If you don’t want a super crunchy raw feeling to your peppers you can soften them a bit with a quick parboil.  Bring a pot of water to a boil.  Put pepper halves in the water for no more than five minutes.  Drain, dry, and stuff.  You could also give them a quick grill for something a little different.