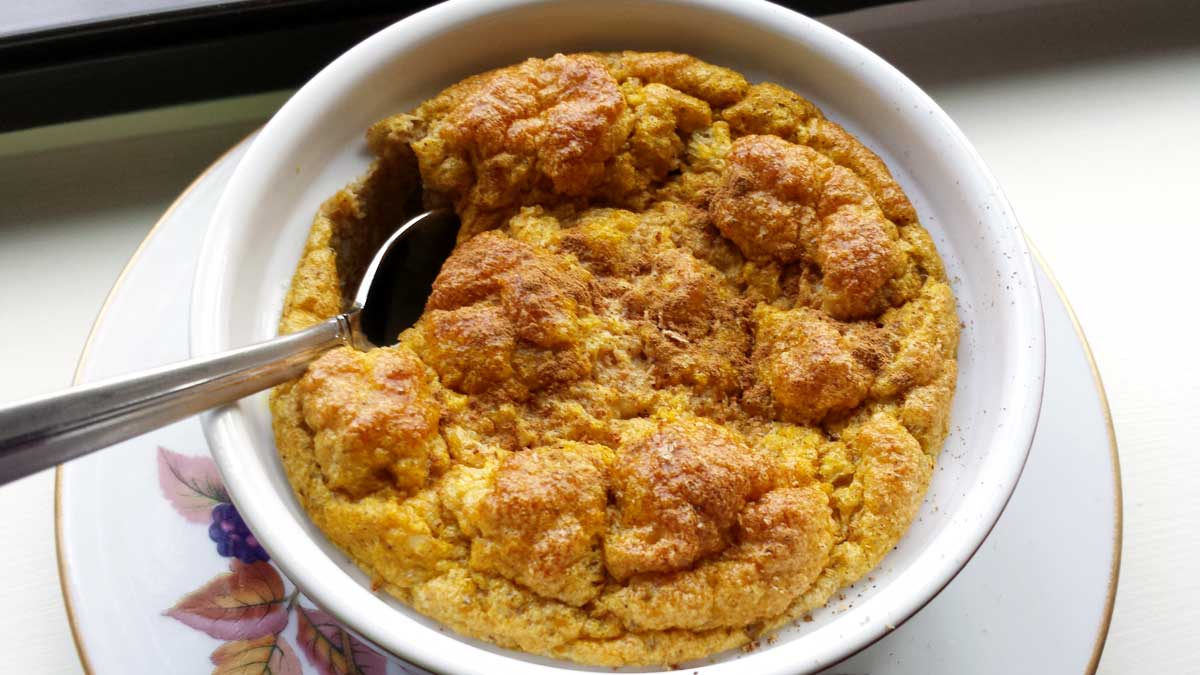 Pumpkins before fall.  What?!

It’s always a good time for pumpkin.  But, if you’re not feeling it just swing back by in October…you know like everybody else.  I kid, I kid!

Whisk together coconut milk, arrowroot, and spices in a small heavy saucepan. Bring to a boil over medium heat, whisking, then simmer, whisking, 2 minutes.

Remove from heat and whisk in pumpkin and egg yolks. Transfer to a large bowl and cool to room temperature.

Preheat oven to 400°F with rack in lower third. Grease ramekins, then put in a large shallow baking pan.

Beat egg whites with salt in another large bowl using an electric mixer until they hold stiff, glossy peaks.

Fold one third of whites into cooled pumpkin mixture, then fold in remaining whites gently but thoroughly. Divide mixture among ramekins.

Bake soufflés until puffed and golden, 18 to 20 minutes.

Top with a dollop of whipped coconut cream (the thick chunk at the top of an unshaken can of coconut milk, whipped) or a dusting of cinnamon, if desired.