Whole30 How Much Does it Cost? Week 1 Grocery Breakdown 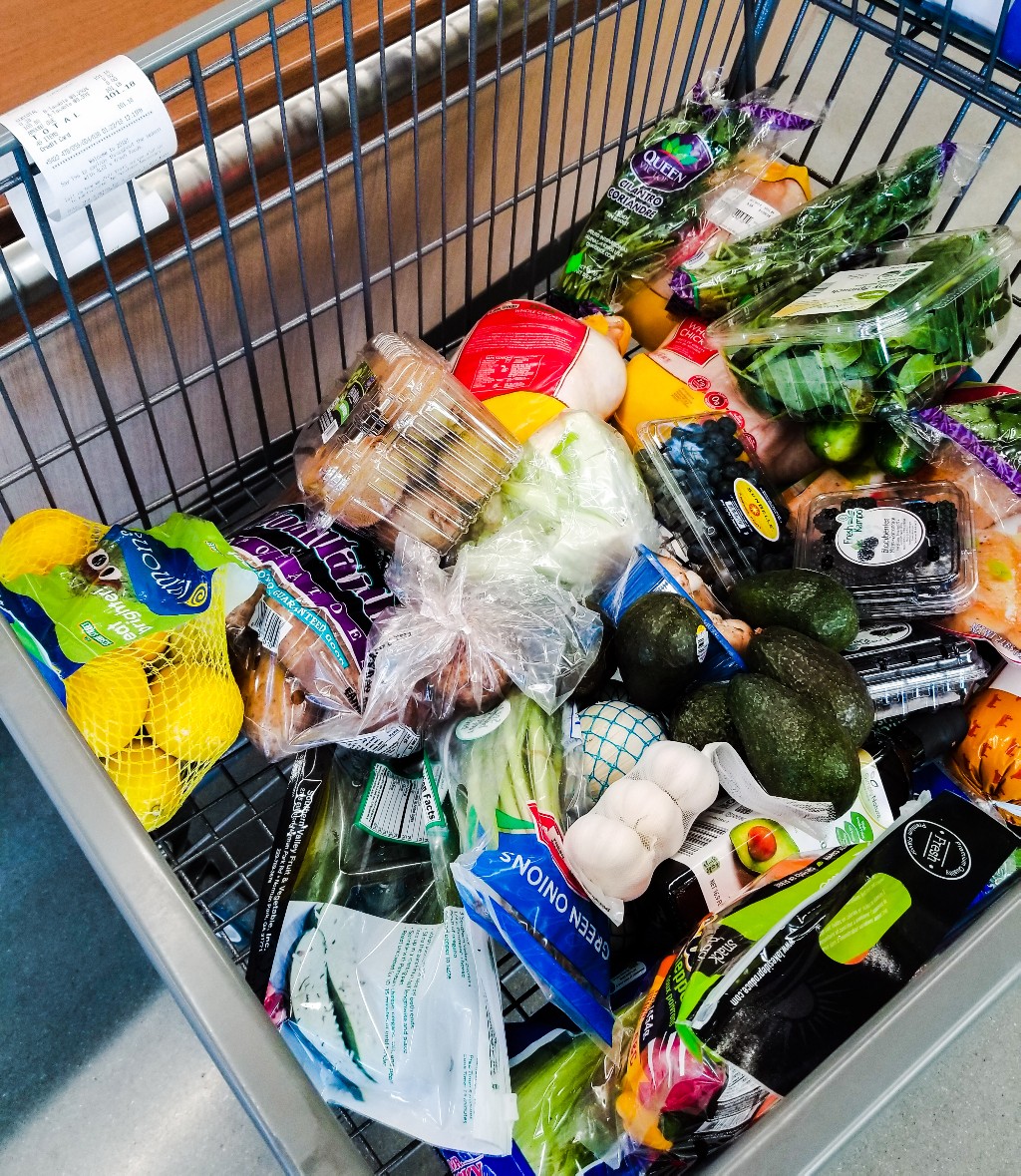 How much do you spend on groceries? Starting fun new things can be a little daunting on the pocket book. In fact, it is one of the most cited issues with Whole30 or Paleo diets – it costs too much!

True, meat and protein is not inexpensive, but how much is it really? Here is a copy of my grocery list and the breakdown: 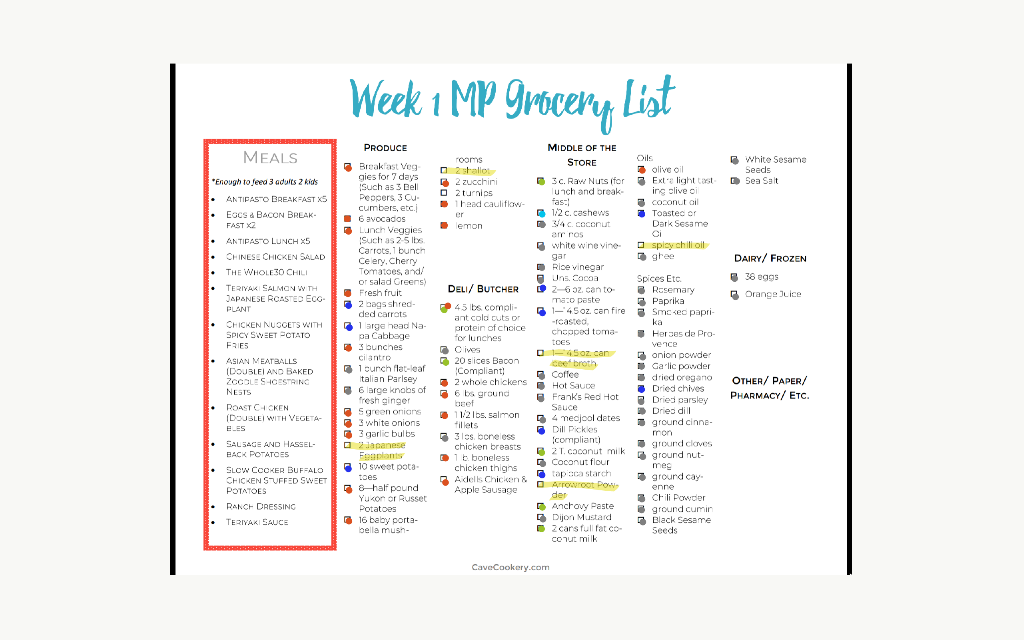 On my list above things dotted in dark grey were items I already had in my pantry or refrigerator.  If you are starting with at least a basically functional kitchen there will be things you will have as well.  The only really exceptional difference is that for some weird reason we actually already had over 38 eggs on hand.  That is not totally normal for us. It was one of those situations where over mutiple shopping trips we kept buying eggs thinking we were running low – and were not.

The rest of my list is a green dot for Sprouts, a red dot for Aldi (where I start and do the majority of the shopping), a dark blue dot for Kroger, and a light blue dot for Walmart.

At this point you may be thinking 4 stores I’m out! First, I only bought cashews at Walmart. It wasn’t a specific trip for them or anything – we just happened to be there. However, in general, as you get more practice you will be able to streamline this process.  For instance, I like the coconut milk from Sprouts so when I go I stock up.  It is probably not one I will need to go to weekly.

Also, many stores have curbside pick up so you may be able to do the majority of your shopping at home and just swing in whereever you need to.  I probably could have done my shopping at one store but for me it’s the expensive store and it’s worth multiple trips to save a few bucks.

One thing to note is there are a few items I was unable to get.  Or chose not to. The Japanese eggplants were not in any stores and my husband doesn’t like regular ones so we just skipped them.  I had some frozen vegetables on hand we subbed in that night. I never found compliant beef broth so I subbed water.  Nor was the spicy chili oil available so i subbed in some sesame oil and red pepper flakes (since that is mostly what it is – if you look on the non-compliant bottles ingredients).  Moral of the story is that if they don’t carry everything it is probably no big deal – skip it or sub it and move on.

So, what was the cost for a week’s worth of groceries (I feed a family of five)?

Is that too much?  For us, not really because this is 28 meals.  We can easily drop $50 for a mid-range sit-down dinner.  We barely get out of Chick fil-a for less than $30!  By purchasing higher quality meats and organic produce the bill would easily increase but this seems reasonable to me.

What do you think?

Is this comparable to your Whole30 grocery bill?

How do you keep it under control?